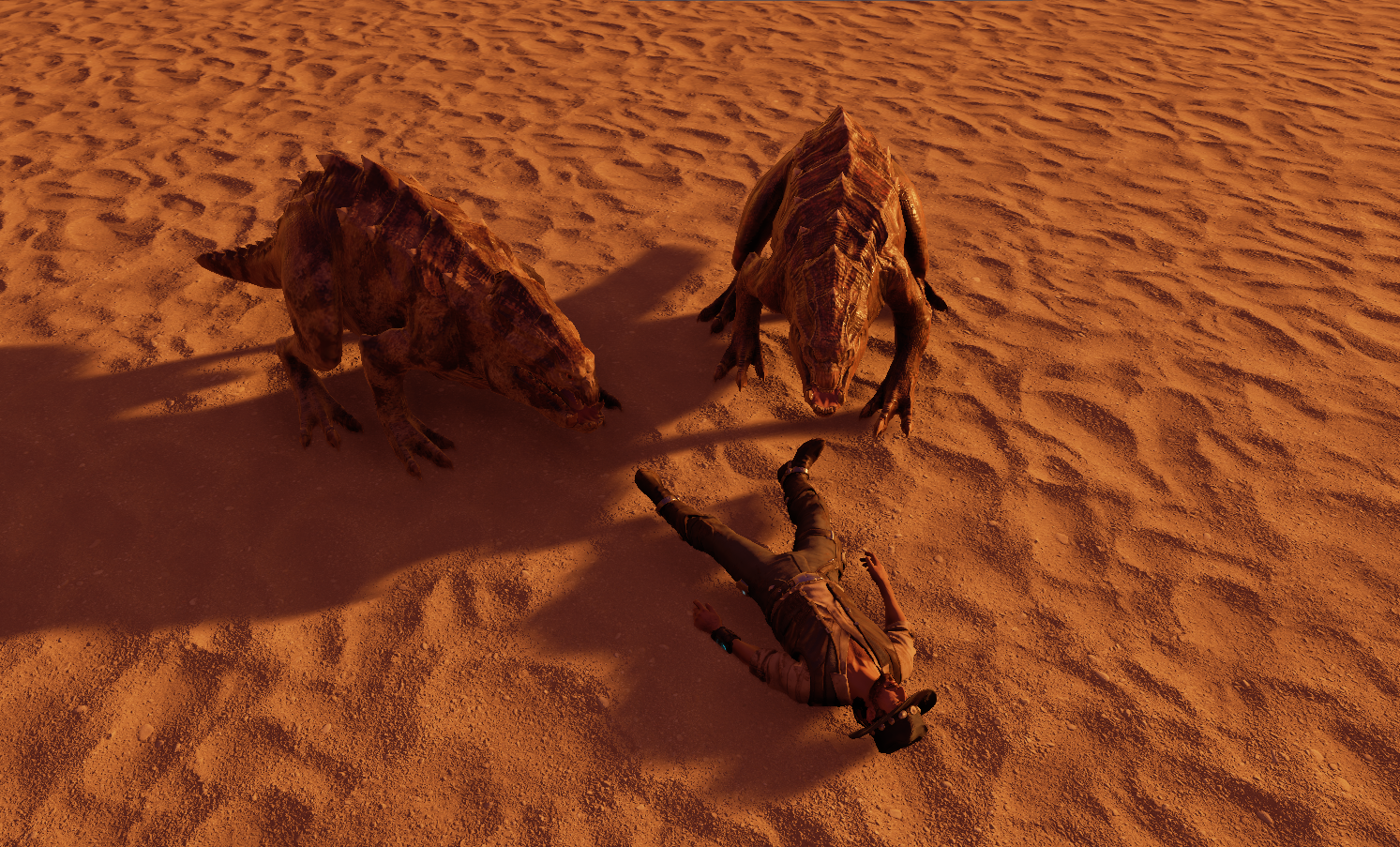 Hello, friends. April is over and we release a new update. We want to tell you about the improvements in gameplay, new quests and changes in game design.

But before we come to the list of changes, we’d like to tell you that we have started developing our Discord channel where we publish almost daily unique updates, tell about the game development and share interesting working materials that nobody sees. Here you can also leave your feedback about the game, share your ideas and interesting content, and also ask your questions to the team and get the answers.

Join in and become a part of the history of Exoplanet!

A lot of players asked us to give them some extra instruments for orientation because of our complicated multi-layered level design, that’s why we decided to add a compass. It’s always available at the top of the screen. At the moment it’s only the first iteration, and we’re going to improve it.

We’ve also added the effect of poisoning. Every time Jack is influenced by toxines, the green mist on the edges of the screen will inform you about it. 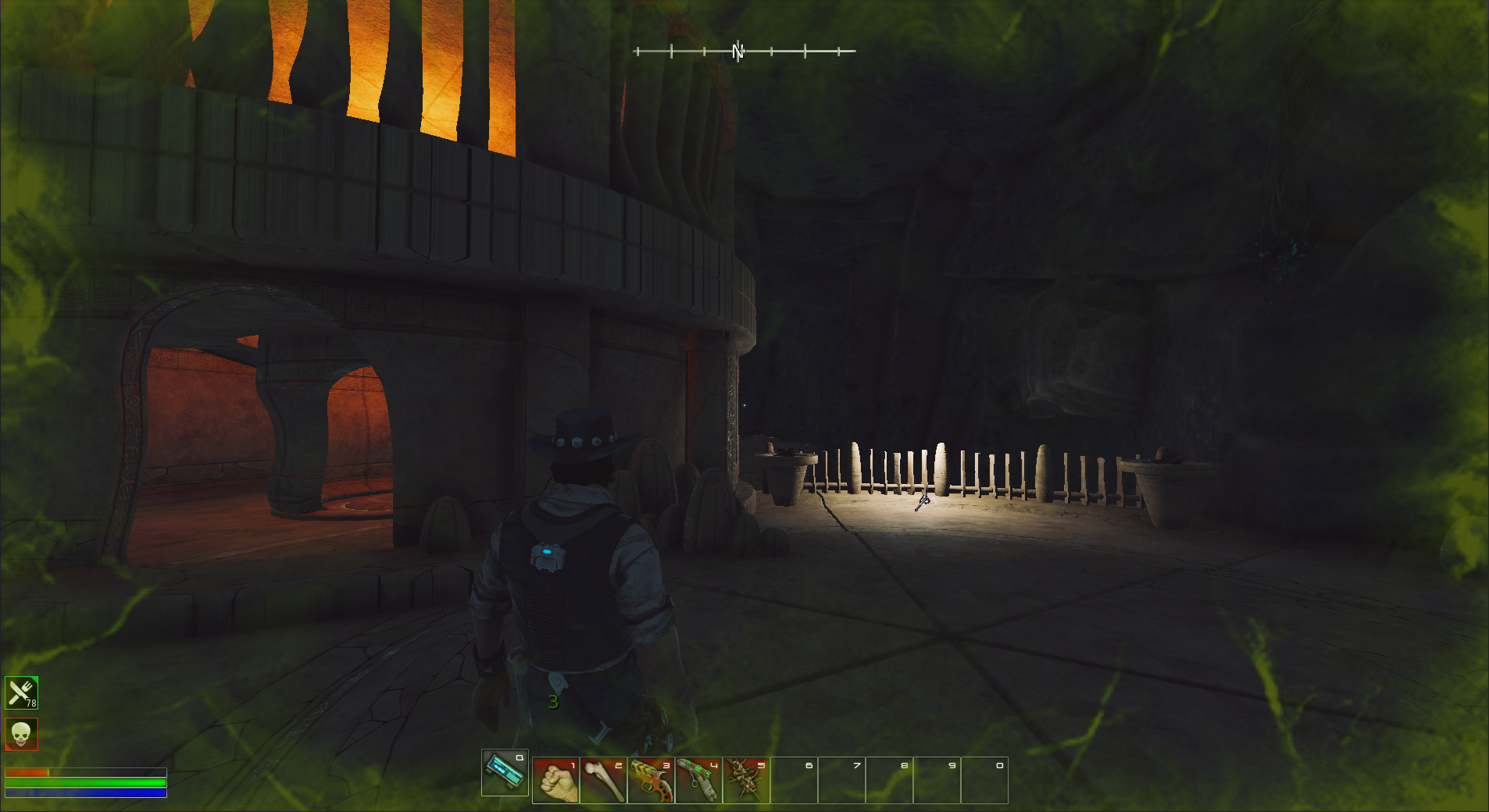 As you know, for the last few months we’ve been working on the spaceship and its detailing . Now the new quest Dead Leviathan is available, where Jack has to overcome the systems of protection coming to life and find the way out. 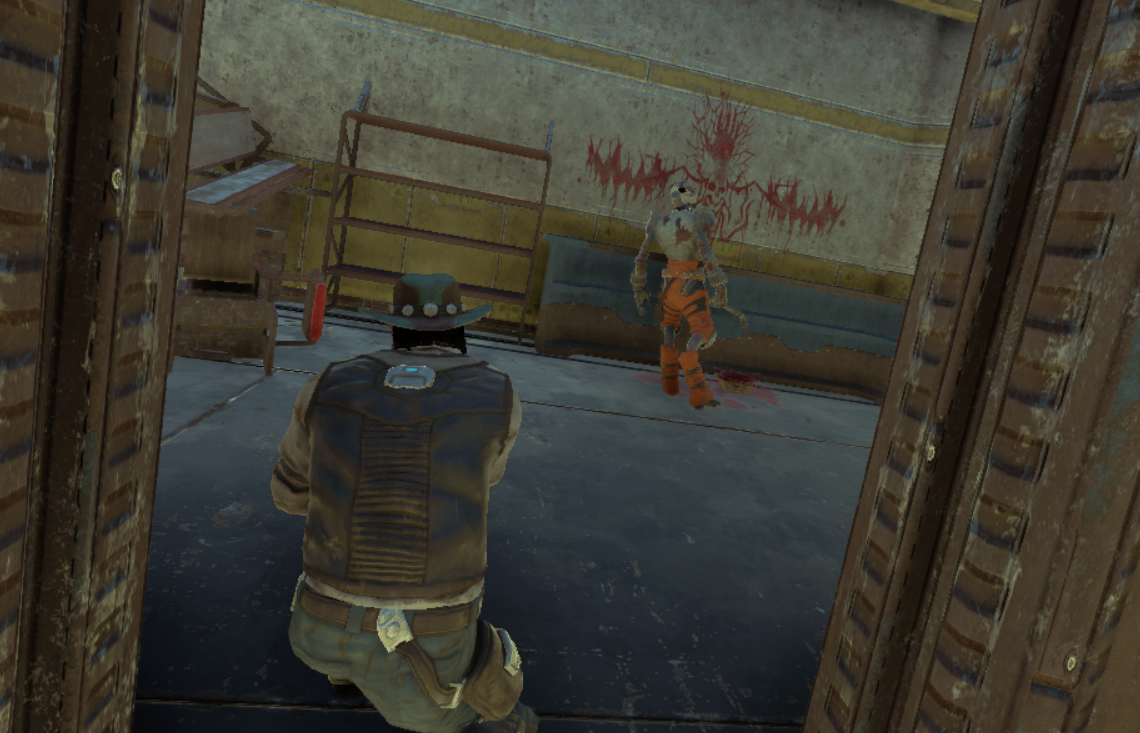 Besides, we have renewed the quest Wild planet, and now there are many more variants of events for the meeting with robbers on the spaceship. Find out how Jack can avoid being robbed!

More variety was added to the quest Find Curios. Now Jack can get a small aborigen if he breaks the wall with his pick if he has enough skill. He is also able to render the boy unconscious and hand him over to Skalphunters. Besides, a lot of cutscenes are added to the quest.

Our level designers have taken a small break in the work with the ship to improve other areas of The Edge. This month the changes have touched upon the ancient aborigen cemetery and the caves where there are ancient tombs.

We weren’t really happy with the topology of the old cemetery, that’s why it was remade from scratch, with a lot of new assets we had been preparing for several previous months.

The caves at the cemetery were also considerably changed. Now it’s a gigantic dungeon where you can see well-preserved samples of aboriginal ancient architecture.

Apart from it, with the help of new canvas we have also repainted the outpost of the Outcasts and partially a ship.

We brought our gunshot sounds to an upper level. At first now they are audible at further distance. But also, now they have a more immersive spatial effect that gives an impression of a distance between the listener and the audio source. The related demonstration is in the following video. Enjoy!

Besides, there was an improvement of the sounds of aboriginal mortar and rifle, the way the sounds of the carabiner’s shooting work, some special settings of hearing the sniper weapon were added and the sounds of waving pole arms were remade.

Another important thing. Thanks to our audio engineers, we reduced CPU and RAM usage by about 10 percent, which means now you have a little bit of extra performance and we have a little bit of extra space to show you more high quality content. Optimizations are not limited just by these improvements (and we already have got some plans for it) but we are glad to announce that we have such results.

We’ve added a lot of new architectural assets, the first sets of electronic devices inside the ship on the temporary texture, extra animations of beetles—arphants, crucases and kabarogs, some new types of ladders and a new set of furniture.

Besides, some headgear was transferred to PBR, and some textures were fixed in different places. 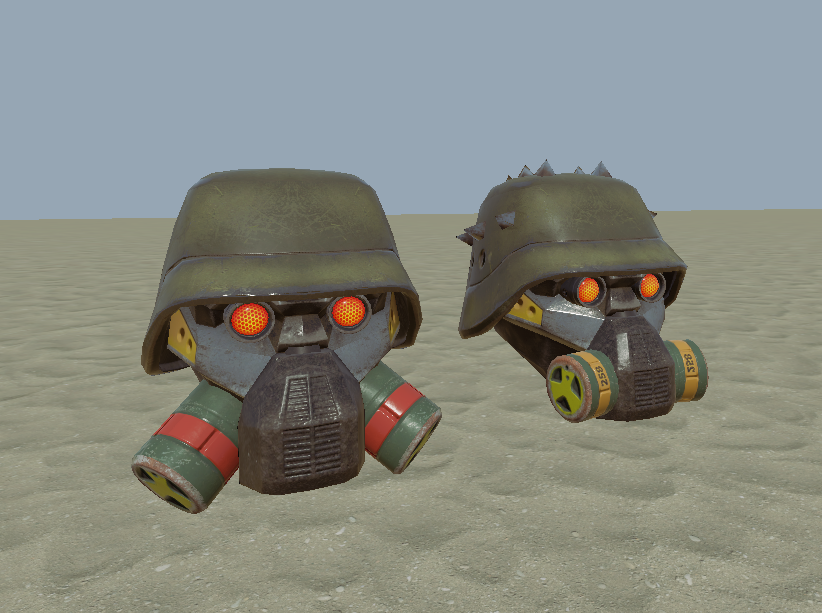 That’s all, thank you for your attention, everyone. We remind you about Discord—subscribe to get access to the unique content of the devblog. And also follow us here and add the game to your wishlist!